Last month Ellie Harrison came and visited me at the studio for a piece for CountryFile about the Brecks in Norfolk. 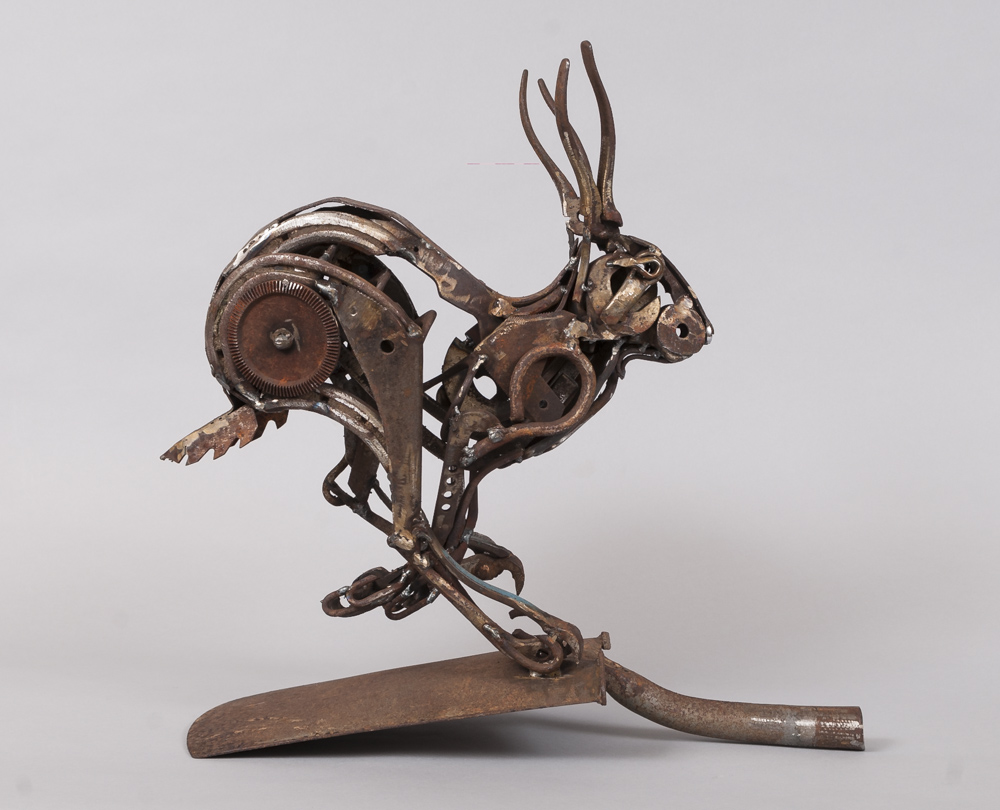 The programme is aired on Easter Sunday so they wanted to get me to make a rabbit to fit the Easter theme. I insisted on making a hare as this area is so well known for them. I took Ellie out onto the farmland a stone’s throw from the studio where we were rewarded with great views of several hares interacting. We spent a little while sketching (I like using biro) and I also took aluminium wire with me so we could make a quick 3D sketch as well. The hire car that I was asked to drive was far too hi-tech for me and I managed to lean my sketchbook on the horn which caused the hares to scatter but it didn’t take long for them to return. 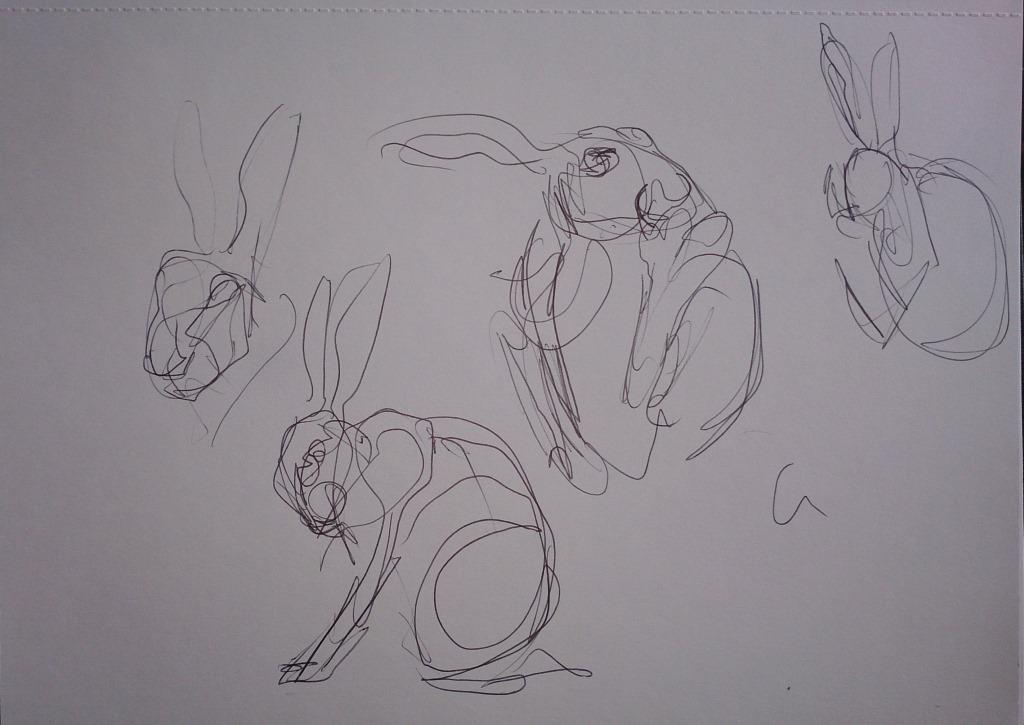 We visited a friend’s farm to scavenge for scrap. The Eyles’ farm is on the edge of the Brecks and Stephen Eyles runs his agricultural engineering business from the farm. I was allowed to rummage around in old sheds and collected some great items. Unfortunately the footage wasn’t used on the final film. 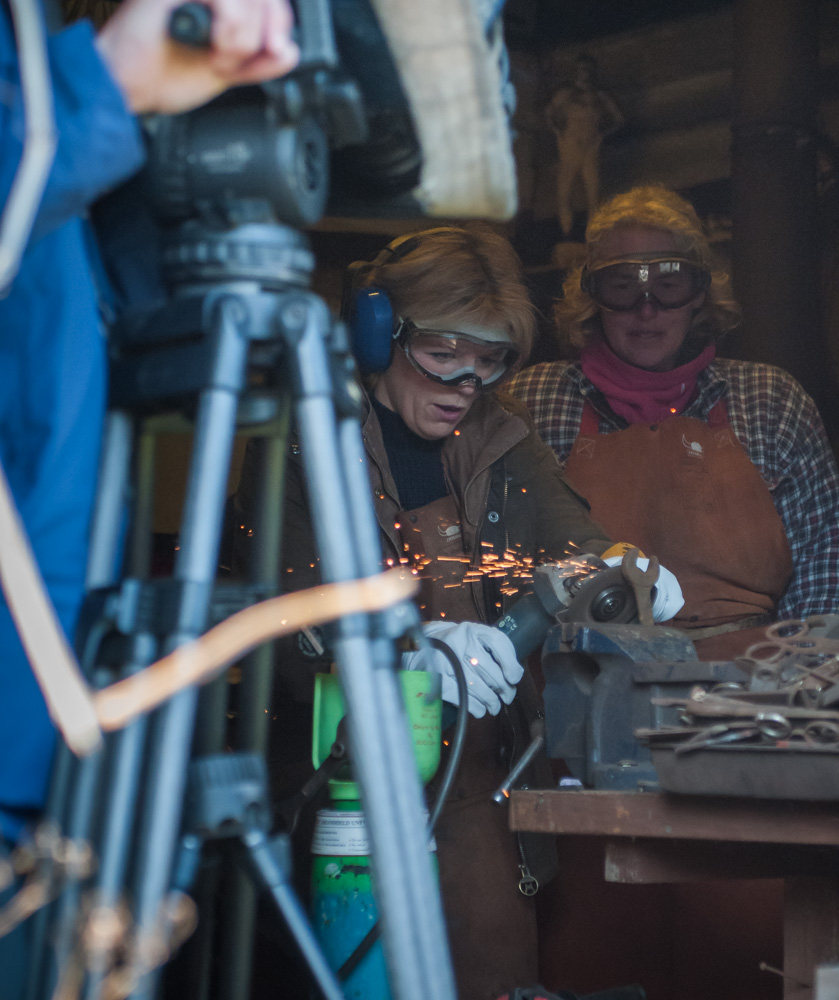 Back in the studio I was asked to make a small sculpture with Ellie which was a little unexpected. With less than an hour to make it and 4 people in my tiny shed it was a bit of a challenge! Luckily I had borrowed a spare welding helmet from Stephen and kitted Ellie out so she could have a go at welding. She did pretty well at angle grinding and managed to do a half decent weld on the hare. 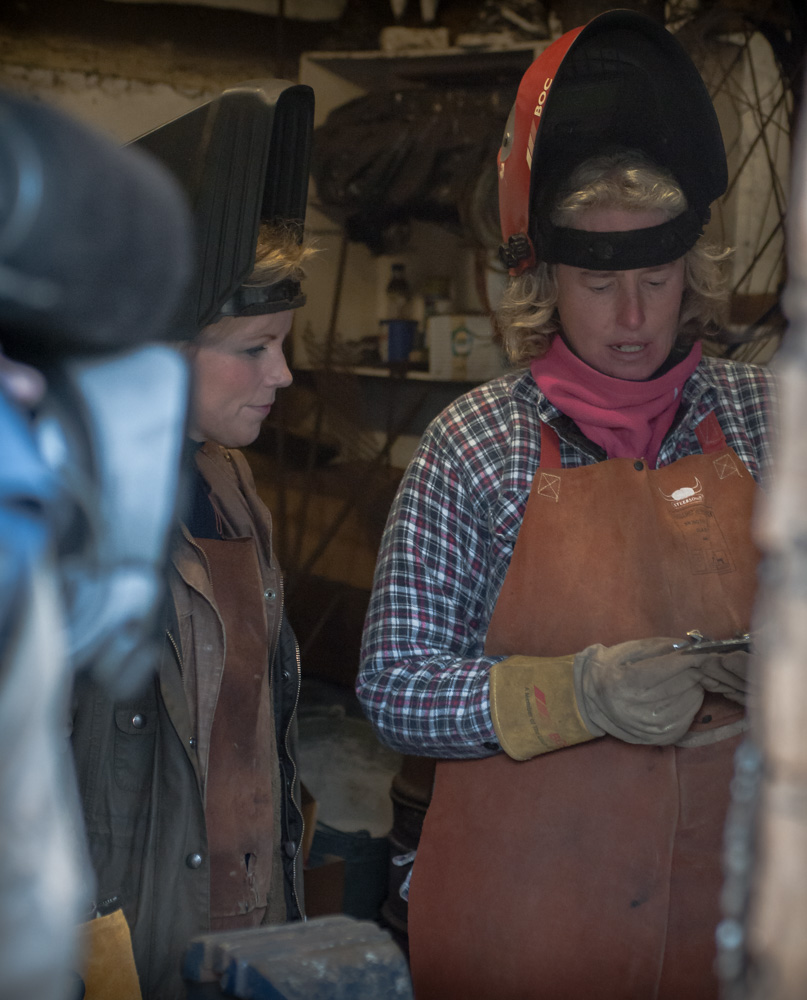 The resulting collage worked well and involved less than 10 items. Ellie took it away with her and is supposed to have given it to Matt Baker but she wants to keep it for herself! It was a pretty hectic day but good fun. I’m so glad that we found hares so easily and that everything went smoothly. 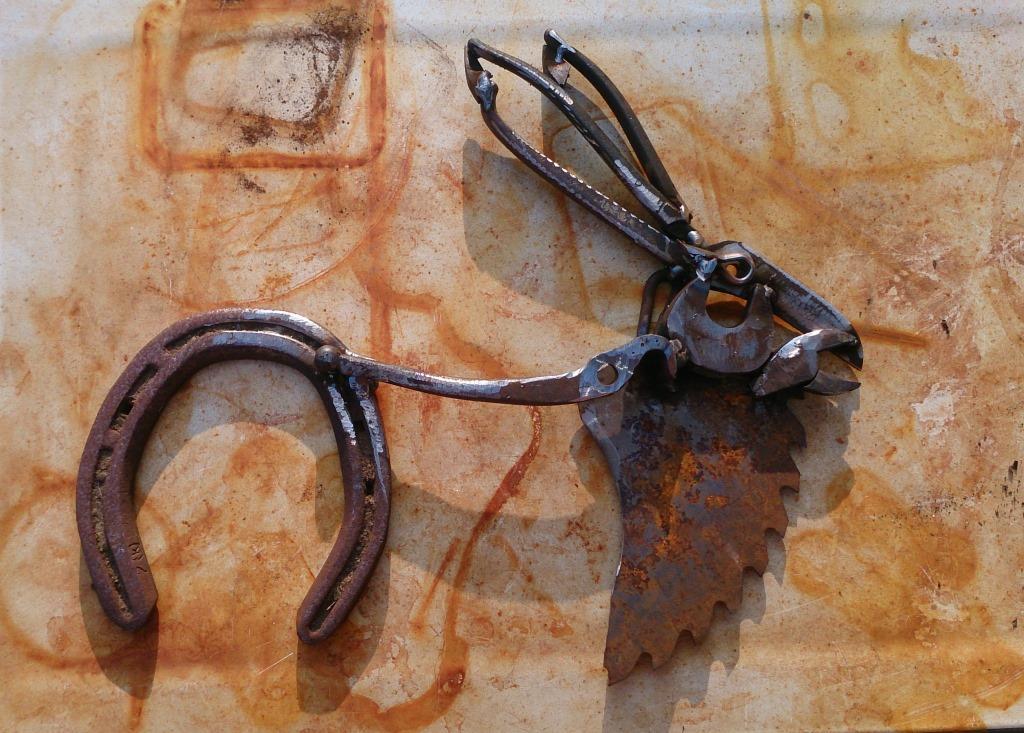