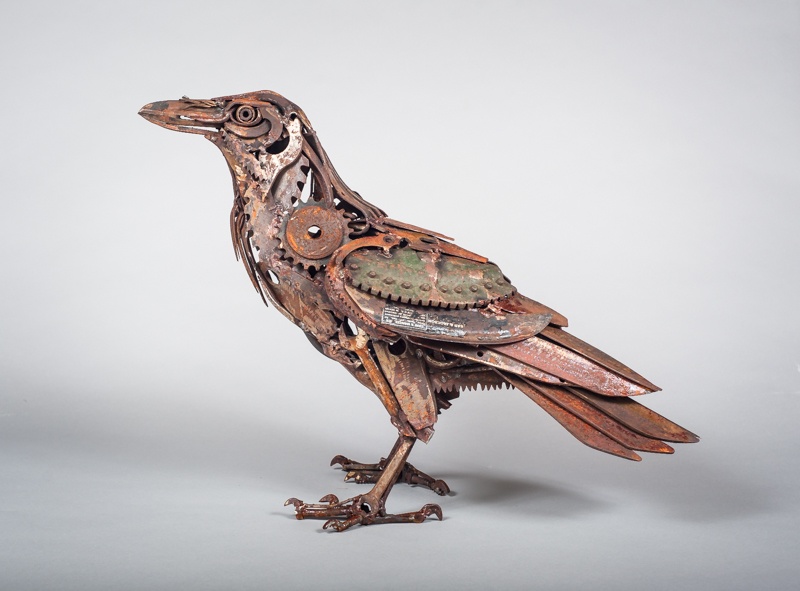 I enjoyed making this commission as I think corvids are very striking and lend themselves to being made out of old tools. When I make a piece I tend not to think about the item itself, as far as I’m concerned they are shapes and forms. 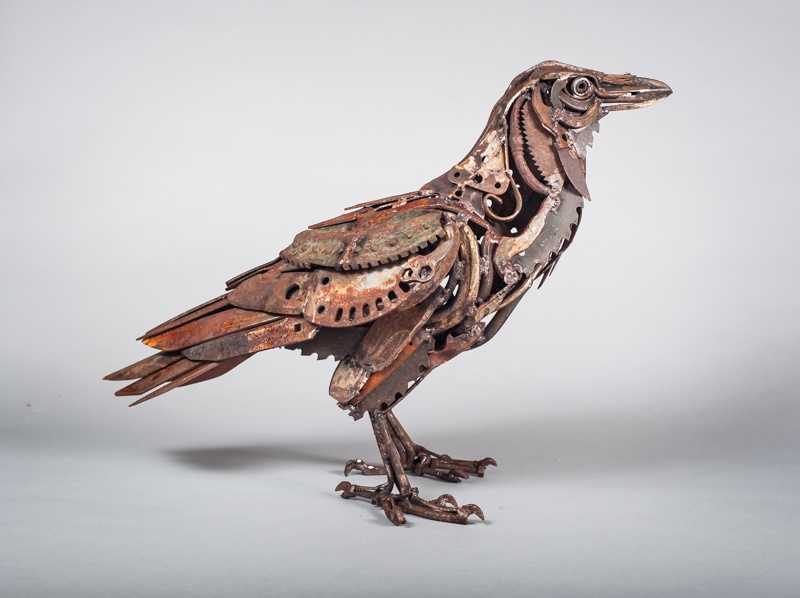 The bill on a Raven is extraordinarily large and the combine ‘finger’ was a perfect start. I shaped it slightly at the tip and added an old hand made nail for the lower part and steel cable for the characteristic bristle on the top. 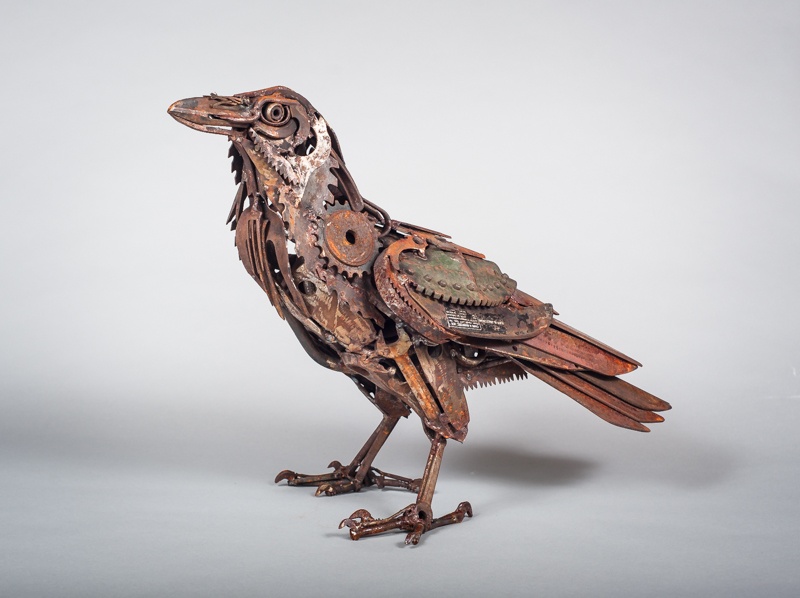 The title of the piece, Blade Raven, was obvious when I realised how many blades were in the sculpture. Circular sawblades for the shaggy feathers, shear blades for the wings and tail, a sickle in the wing complete with the remnants of a ‘Spear and Jackson’ label and rotavator blades on the body among others. To add to the shaggy neck I used a small garden fork but also had an old dinner fork and a carving fork from an ancient collection of cutlery that I had been given. 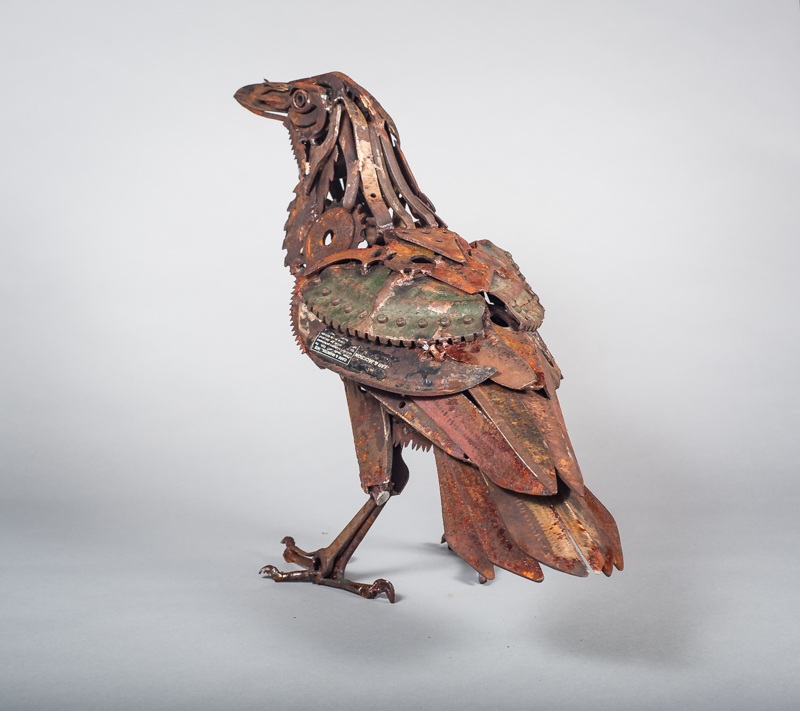